Where to buy clones in Pueblo Southern Colorado
16089
post-template-default,single,single-post,postid-16089,single-format-standard,ajax_fade,page_not_loaded,,no_animation_on_touch,qode-theme-ver-6.3,wpb-js-composer js-comp-ver-4.3.5,vc_responsive 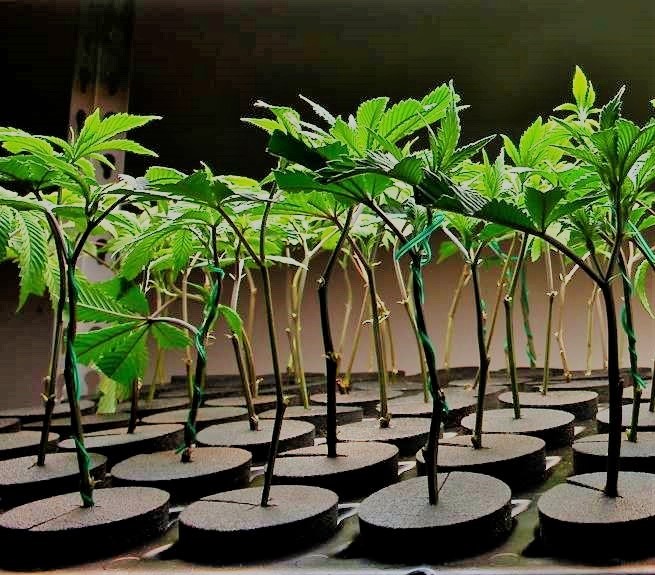 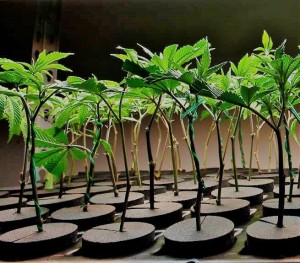 When considering ‘clones’, any number of images may spring to mind. Whether the uproar about the cloned sheep back in the 1990’s, ‘cloned’ computers, or –for fans of the animated show, ’Archer’- esoteric things like ‘code cloners’. As one who prefers to literally define terms, the good folks at Merriam Webster define it as such: (1) “1 a : the aggregate of genetically identical cells or organisms asexually produced by a single progenitor cell or organism b : an individual grown from a single somatic cell or cell nucleus and genetically identical to it c : a group of replicas of all or part of a macromolecule and especially DNA 2 : one that appears to be a copy of an original form : duplicate ”
But of course the specific clones we are discussing here are the cuttings from the marijuana plant which are in turn used to establish additional plants without having to germinate seed for growth. (2) “Cloning is a way of propagating plants through asexual reproduction of the plant by cutting and rooting a healthy shoot. This creates clones. It is also known as ‘taking a cutting’.“
Whether you are just starting out with growing some plants of your own or have a full-fledged grow-op at your disposal, cloning can be a cost-effective way to bulk up your nursery or increase yield or holding of a certain strain or plant. (3) “There are many reasons to clone your outdoor marijuana plants, but nearly all of them involve wanting to continue a special plant from a special strain. The other big reason, which amounts to the same thing, is for seed production. After a successful harvest a grower might fall in love with a particular strain and want to always have some more of it in successive harvests.”
Another quality that makes clones special is the ability to maintain the gender of a given strain or plant, given that any cutting from a particular plant will mirror the genetics of the plant it was cut from. (4) “When you know your plant is female and you want to continue to grow that particular weed, you can clone the cannabis plant many times over without any loss of potency. These offspring retain all the qualities of the original “mother” plant. Your marijuana clone is also guaranteed female. Therefore, when you replant it, your resources are spent on a female species that you enjoy! “
With the benefits that come along with clones, there are of course some drawbacks. Beyond the arguments from purists and those who are ‘anti-clone’ that these plants were not designed to be grown for years on end are the simple biological facts of the affair: (5) “Cannabis plants grown from seed produce a Tap Root, cloned plants simply cannot-they produce a fibrous root system only. The Tap Root is a survival advantage in nature, as it is in any growing condition.” Though with extra care, the cuttings/clones can establish a root system sufficient enough for them to produce as expected/intended.
This inherent fragility of the cuttings themselves can even make those with existing grows more than a little ‘gun shy’ to pull the trigger on their own cuttings. (6) “most people are afraid to cut their plant. They are not fragile. Pruning and cutting usually will increase bud production. It doesn’t really hurt the mother plant, the only real stressful part is on the cutting itself. Cloning is the most traumatic experience a clipping via clone will endure. You are forcing a clipping to transform into a growing plant.”
The resources are out there for those interested in pursuing an attempt to create their own garden. Especially in states where legalization above and beyond the allowances for medicinal marijuana, dispensaries and reputable shops can be a wealth of information and a tentative source of supplies. (6) “Many medical marijuana dispensaries offer clones for sale as a service to their patients. The advantages would seem obvious, you know what strain it is, what you can expect for yield and strength. And for an indoor grower it shortens the entire cycle by a month or more.”

Sorry, the comment form is closed at this time.